Built in the 16th century by the Vallenet family, this building is representative of the architectural heritage of Aubusson. Discover its history and architecture courtesy of this audio commentary.

This house was most likely built during the early 16th century for a member of the Vallenet family. Its structure takes the form of two main buildings connected by an octagonal-shaped stair tower. The tower is characterised by its ‘pepper pot’ or cone-shaped roof, covered with chestnut shingle. At the foot of the tower, observe the frame around the door, which displays moulding specific to 16th century architecture in Aubusson and Felletin.

The façade overlooking the Grande Rue was completely refurbished during the late 18th century, when the Grande Rue became a major thoroughfare for commercial activity in the town. With a view to increasing standards of comfort, the bays were enlarged and a continuous balcony was added to the first floor, enclosed by an ironwork balustrade. Further changes were made during the 19th century with the opening of a shop on the Grande Rue. The cut stone façade is capped by a moulded cornice and a narrow horizontal panel separates the first and second floors.

To the rear of the building on the corner of Rue Pardoux-Duprat, an overhanging turret sits on a moulded corbel crowned with a chestnut shingle-covered dome roof. The string courses visible on each floor of the tower would originally have extended onto the rear façade of the building, serving to support the Renaissance-style windows.

In 1690, the Vallenet family were obliged to concede the property to the presiding châtelain of Aubusson as repayment for a sizeable debt. It was then owned by a succession of tapestry merchant families followed by a haberdasher. 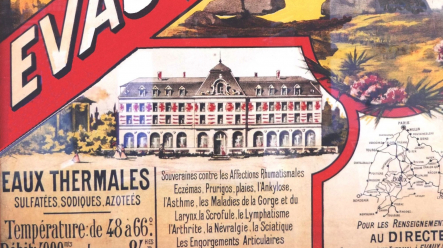 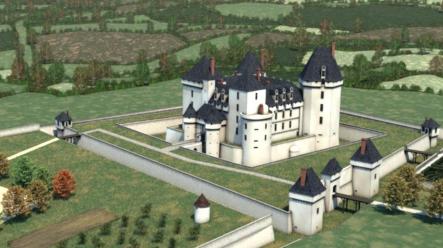 The Renaissance castle
Thematic
Habitat and fortification
See all the steps